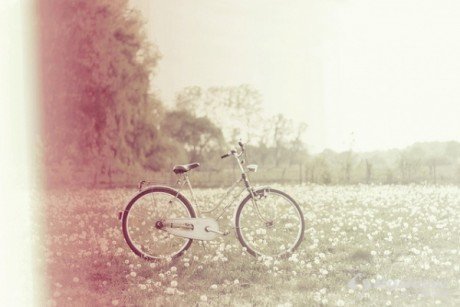 Questions 6 to 10 are based on the following news.

In recent years, food shortages have led to price rises and unrest in many import-dependent countries, including many in the Africa. In the 2009 G-8 summit in Italy, major industrial countries promised more than $20billion over three years to improve food access to Africans and others hit by high prices. This latest summit, which begins later on Friday, is due to discuss the issue. However, its main focus will be continuing concerns that the euro zone debt crisis could trigger a global slump. On Thursday, confidence in European banks was undermined by ratings agency Moody’s, which cut the credit ratings of 16 Spanish banks. Mr. Obama has urged European leaders to do more to stimulate growth, fearing the euro crisis could spread to the US.

The U.S. has plans in place to attack Iran if other measures fail to stop it developing nuclear weapons, Washington’s envoy to Iran says. He said the U.S. hoped diplomacy and sanctions would persuade Iran to alter its nuclear program, but the military option was ready. US President Obama has previously said military action has not been ruled out. The US and its allies say Iran is developing a nuclear bomb, and an accusation Tehran desires. Talks between Iran and six world powers are due to resume in Baghdad on 23 May. Both Israel and the US have said they consider military force a last resort to stop Iran using its uranium enrichment program to make a weapon.

Nokia Company is tiring through its cash reserves at an unsustainable rate. Raising what some analysts say, are serious questions about the struggling finish phone maker’s ability to stabilize its finances in a month ahead. The company could even be at risk of default if it fails to slow the burning of its cash. Over the past five quarters, the onetime darling of mobile telecoms has eroded its cash pile by 2.1 billion Euros - a rate that would wipe out its entire 4.9 billion Euros reserves in a couple years. Analysts on average expect the company will burn through almost 2 billion Euros more in just three quarters, while the most bearish see the company wiping out its 4.9 billion Euros net cash buffer completely next year.

Electricity prices are the biggest component of the so-called Brazil cost, the mix of taxes, high interest rates, labor costs, infrastructure bottlenecks and other issues that have caused the economy to become less competitive. After a decade of strong performance, Brazil grew below the Latin American average in 2011 and so far this year. Brazil's average electricity cost of $180 per megawatt hour is exceeded only by Italy and Slovakia, according to a 2011 study based on data from the International Energy Agency. High electricity rates have contributed to stagnant investment and production in energy-intensive industries. Electricity accounts for 35 percent and in the same proportion of the car industry's production costs.

At least 21 people were killed on Tuesday in an attack in northern Syria; a member of team of U.N. monitors caught in the incident said they were in rebel hands "for their own protection." When Reuters asked one of the four monitors by phone if they were being held prisoner, he said: "We are safe with the rebel Free Army." A spokesman for the rebel military council said the rebels were working on a safe exit for the monitors. An internal U.N. document obtained by Reuters said that a total of six monitors were under rebel "protection" in a "friendly environment." The internal U.N. document confirmed the U.N. team in Syria will conduct a petrol to pick up the men in U.N. military observers on Wednesday.

Q6: What will be the main focus of the latest G8 summit due Friday?

Q7: What does the US envoy to Israel say about the issue of Iran’s nuclear program?

Q8. How much is Nokia company’s total cash reserves in Euros?

Q9. The so-called Brazil cost has made the economy less competitive, which of the following are the biggest component of the Brazil cost?

Q10. According to an internal U.N. document, how many U.N. military monitors were in the hands of the Syrian rebels?