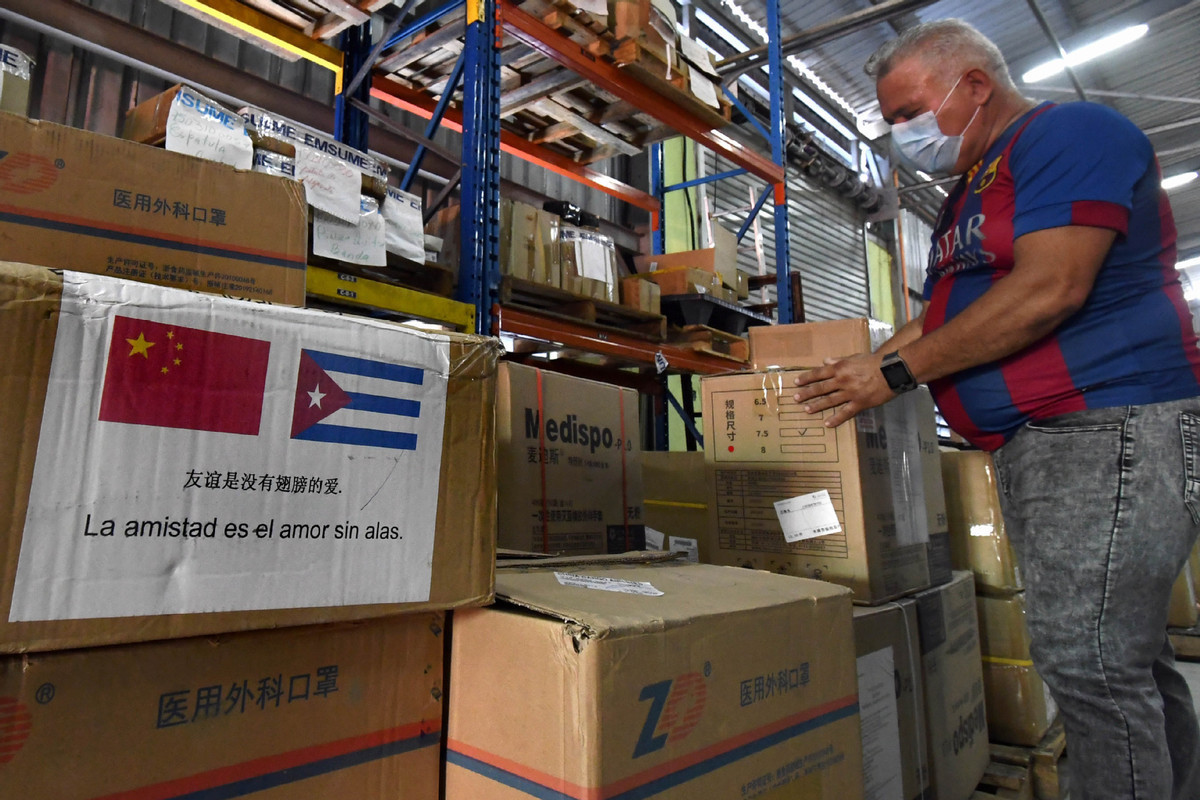 President Xi Jinping has extended gratitude to Cuban leaders for their congratulations on China's complete victory in poverty alleviation.

The Chinese president reiterated that China will continue supporting Cuba along its path to socialist development and vowed to push forward bilateral ties to a new stage.

Foreign Minister Wang Yi has attended the cloud launching ceremony of a project between China and the United Arab Emirates to package active vaccine ingredients.

The Chinese diplomat is on a visit to the country.

He has met with his UAE counterpart and the crown prince of Abu Dhabi with discussions centered around COVID-19 and bilateral ties.

The UAE is the fourth stop of Wang Yi's ongoing tour in the Middle East. He earlier visited Saudi Arabia, Turkey and Iran and will head to Oman and Bahrain.

Official figures show that over 100 million doses of COVID-19 vaccines have been administered in China.

The same data also shows China has seen a daily increase of more than 3 million doses ever since the country has initiated its daily vaccination report on March 24.

The Hong Kong government says an initial investigation into a BioNTech COVID-19 vaccine has found no indication of any "obvious systemic factors" during the processes of filling and packaging.

Authorities on Wednesday halted the use of the jab as a precautionary measure citing defective packaging.

An official statement says the investigation results did not rule out that the relevant situation was "caused by environmental conditions during the long-haul transport process," adding that it is not related to cold-chain and logistical management.

The vaccine is distributed in Hong Kong and Macau via a partnership with Fosun Pharma.

Both Fosun and BioNTech considered the vaccines to have no safety risks.

Some foreign companies' disinformation-based boycotts of Xinjiang's cotton have sparked outrage in China.

Huang Yue has visited a local cotton farmer and listened to what he has to say.

It's been confirmed that two suicide bombers, one man and a woman, were killed in the blast outside a cathedral church in Indonesia on Sunday.

The incident occurred when local Christians were celebrating Palm Sunday, the first day of Easter.

The explosion took place when security officers tried to arrest the attackers as they were entering the church in the city of Makassar, where a mass congregation was about to start.

19 people were injured in the attack. It's still unclear who was behind the attack.

Egyptian President Abdel Fattah Al-Sisi has reportedly ordered preparations for lightening the cargo of the giant container ship grounded in the Suez Canal if the efforts to re-float it fail.

The floatation efforts currently underway include towing and pushing the vessel using 8 large tugboats, while authorities are also working to dig the Ever Given out of the sand.

The ship became wedged diagonally across the canal amid high winds on Tuesday.