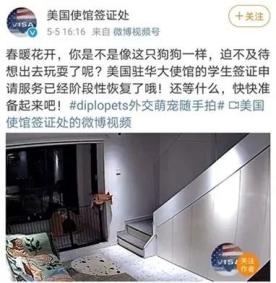 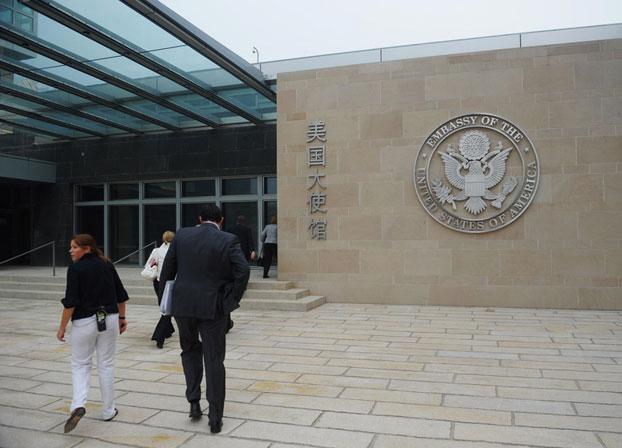 对此，美国驻华大使馆一名发言人解释称，微博本意是轻松幽默的，“对所有中国人都怀有最深敬意，包括中国学生。如果有人被冒犯，我们为此道歉，那绝非我们的本意。”（We have the utmost respect for all Chinese people, certainly including Chinese students. We apologize if anyone was offended. That was certainly not our intention.） 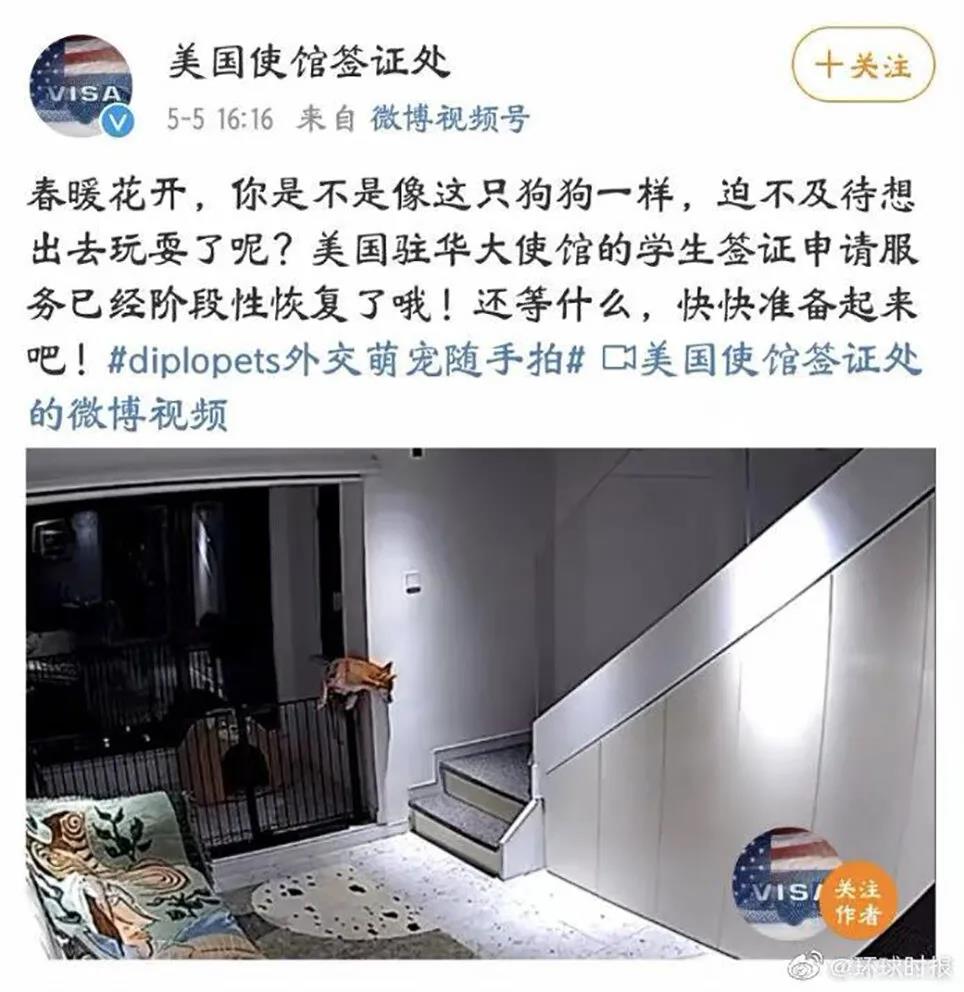 ‘Are You Like This Doggy?’ U.S. Embassy Asked Chinese Students. It Backfired.

The U.S. Embassy in Beijing had good news to share: Student visa applications for Chinese nationals were resuming after a yearlong hiatus.

“Spring has come and the flowers are in bloom,” the embassy wrote in a Chinese-language social media post on Wednesday that included a video of a dog trying to jump over a fence. “Are you like this doggy who can’t wait to go out and play?”

The post on Weibo, a Twitter-like platform in China, could be read as a ham-handed attempt to be cute. It set off criticism — and accusations of racism.

The embassy quickly removed the post and apologized, but the damage was done.

Some Weibo users wrote that the U.S. State Department had deliberately tried to insult Chinese students by likening them to dogs. The Global Times, an English-language Chinese tabloid, piled on, aggregating criticism of the post and criticizing former President Donald J. Trump’s visa policies.

Not everyone who criticized the embassy’s post in China expressed full-throated outrage. Some Weibo users said that they were more disappointed than angry, adding that the post was tone deaf rather than deliberately malicious.

“There was no need for the Weibo post to include that line about the dog,” said Susan Chen, a student from the southern Chinese province of Guangdong who returned to China last year after starting a master’s program in Connecticut. “It could have simply said ‘Spring has come and the flowers are in bloom, come get the visa.’”

A spokesperson for the embassy said on Thursday that the United States had the utmost respect for all Chinese people and that the social media post was meant to be “lighthearted and humorous.” The spokesperson, who spoke on the condition of anonymity under embassy rules, said staff members took down the post as soon as it became clear that many Chinese people saw the message differently.

About a million international students enroll in American universities every year. More than a third were from China in the 2019-2020 academic year, according to data compiled by the Institute of International Education.

But experts say that universities in the United States and other English-speaking countries could lose billions of dollars in the coming years because of travel restrictions and anger among Chinese students and parents about what they see as a permissive attitude toward public health during the pandemic.

Last year, the Trump administration abandoned a plan to strip international college students of their visas if they did not attend at least some classes in person. Harvard, the Massachusetts Institute of Technology and attorneys general of 20 states had sued over the proposed policy, saying it was reckless, cruel and senseless.