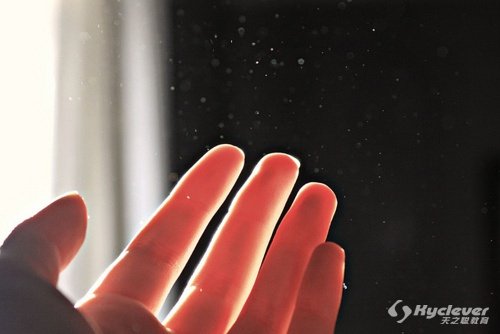 18 And Under: Parents' Mental Health Is Critical to Children's Care（出自：http://www.nytimes.com）

Like many other primary care doctors, I sometimes sense the shadow of depression hovering at the edges of the exam room. I am haunted by one mother with severe postnatal depression. Years ago, I took proper care of the baby, but I missed the mother's distress, as did everyone else.

Nowadays it's increasingly clear that pediatricians, obstetrician-gynecologists and internists must be more alert. Research into postnatal depression in particular has underscored the importance of checking up on parents' mental health in the first months of a baby's life.

But a parent's depression, it turns out, can be linked to all kinds of problems, even in the lives of older children.

''Depression is an illness that feeds upon itself,'' said Dr. William Beardslee, professor of child psychiatry at Harvard Medical School, who has spent his career studying depression in children and developing family interventions. ''Very often people who are depressed don't seek the care they need.''

In 2009, the Institute of Medicine and the National Research Council issued a report, ''Depression in Parents, Parenting, and Children,'' that summarized a large and growing body of research on the ways that parental depression can affect how people take care of their children, and how those children fare.

One in five Americans will suffer from depression at some point, noted Dr. Beardslee, who was on the committee that issued the report. ''Untreated, unrecognized parental depression can lead to negative consequences for kids,'' he said, ranging from poor school performance to increased visits to the emergency room to poorer peer relationships and adolescent depression.

Moreover, there is plenty of evidence that when depressed parents get treatment and help with their parenting, families are much better off.

Depression is certainly treatable, said Dr. Mary Jane England, a psychiatrist and professor of health policy and management at Boston University School of Public Health, who led the Institute of Medicine committee.

But, she added, ''because of stigma and lack of training of some of our primary care practitioners, we don't pick it up.''

Depression damages the interactions between parents and children, and disrupts family routines and rituals. Children with a depressed parent are themselves more likely to manifest symptoms of depression, research shows, along with other psychiatric problems and behavior. issues. They are more likely to make visits to the emergency room and more likely to be injured.

A depressed parent may have trouble following a plan of preventive care if a child has a medical problem like asthma. But higher rates of depression in parents whose children have chronic medical problems may also reflect the stress of dealing with those problems, especially for psychologically vulnerable parents.

Depression may become part of a vicious cycle in these families: An overwhelmed and depressed parent is less able to follow a complex medical regimen, and a child ends up in the emergency room or the hospital, creating more pressure and more stress for the family.

''There is a high burden of maternal depression, anxiety,'' among mothers bringing children to an emergency room, said Dr. Jacqueline M. Grupp-Phelan, a pediatric emergency room specialist at Cincinnati Children's Hospital. ''It influences their own perception of how well they can deal with their kids' problems.''

It's also become clear that there may be genetic propensities to depression. Its appearance in parent and child may in part reflect inherited vulnerabilities.

And all of that reaffirms how critical it is for primary care doctors to ask the right questions and offer diagnosis without stigma.

''Moms appreciate being asked,'' said Dr. Grupp-Phelan, who has done research on the acceptability of mental health screening. ''It may be the only time they've been asked about their depression.''

I often find myself urging mothers to pay more attention to their own medical problems and mental health. Pediatric colleagues tell stories of depressed parents who break down and cry during a child's visit, but then say they're too busy taking care of the family to get help for themselves.

I don't love the ''do it for your child's sake'' argument; I worry it suggests that the parent isn't important in her own right. But to be honest, I make that argument anyway, because it works.

''They are open to doing something about their own issues because it could help their kid, and that's a very strong hook for mothers,'' Dr. Grupp-Phelan said. And when the ''doing something'' includes a focus on the whole family, those routines and rituals and routines can be rebuilt, and there's plenty of research to show that children are resilient.

So if parents are open to being asked, and if we know that identifying depression has important benefits for our patients and their parents, why aren't we better at asking?

As a pediatrician, I tend to focus on the child, of course. Asking mental health questions of the parent can sometimes feel intrusive or invasive.

And there's the worry that even if you identify a problem, there may not be good help available. When poverty and lack of access are combined with parental depression, not surprisingly, the risks are that much greater.

And in looking for parental depression, in asking about it and discussing the risks, there may be a sense that doctors are placing blame. I think we fear that parents who are struggling with these shadows will feel accused and inadequate.

''The last thing in the world we should be doing is blaming parents,'' Dr. Beardslee said. ''We should be reaching out and offering hope.''

This is a more complete version of the story than the one that appeared in print.