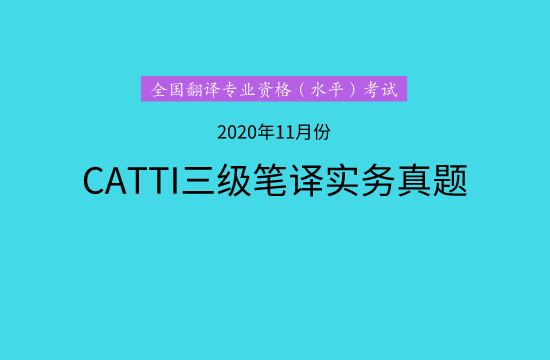 At 51, Cathy wanted to put her Oxford physics degree and former experience to better use. She had worked part-time in a school for several years while her three children were young, but she wanted to get back into the corporate world.

Several applications later, she was getting nowhere. Then a friend told her about “returnships”, a form of work experience that some companies are experimenting with to help older people — mainly women — return to work, often after breaks to care for families.

Cathy eventually secured a place on an 11-week “Career Returners” programme with O2, open to men and women, which included being buddied with a 20-year-old male student. He helped to acquaint her with new technology, such as using an iPhone and accessing the company’s virtual private network from her laptop so she could work from home but still access internal files.

“On the assessment day, I thought they must have been looking at my project management skills. But they weren’t looking at us for specific roles. They were just thinking, ‘These women have a lot to offer, let’s see what they can do.’ That was refreshing.”

O2 is one of a clutch of companies, in the UK and the US, that have spotted an opportunity in hiring female returnees, who can put to use again technical skills learnt earlier in their careers.

There is a “massive pool of highly skilled people who want to return to work,” says head of human resources at an engineering company.

“Recruitment agencies typically view people who have had two years out as a risk, but we see them as a great opportunity.”

In fact, by hiring female returnees, companies can access hard skills these women developed in their former high-level jobs — and for a discount. In return, employers coach older females back into working life.

Through her return ship, she gained a full-time role as an operations data consultant, handling projects within service management at O2.She still is earning less than she would like to. “But it’s a foot in the door and the salary is up for review in six months,” she says.

It is still overwhelmingly women who stay home to care for young families. UK government figures show that women account for around 90 per cent of people on extended career breaks for caring reasons.

A lack of older women working, particularly in highly skilled roles, is costing the UK economy £50bn a year, according to a report last year. This was the amount that women over the age of 50 would have earned in 2015.

The report found that men over 50 took home nearly two-thirds of the total wages paid out to everyone in that age range in 2015. It blamed the pay gap on the low-skilled, part-time roles older women often accept. Some 41 per cent of women in work in the UK do so part-time, as opposed to only 11 per cent of men.

This issue is not restricted to the UK. A study last year by economists found “robust evidence of age discrimination in hiring against older women” in a range of white and blue-collar jobs. The data show that it is harder for older women to find jobs than it is for older men regardless of whether they have taken a break from working.

In December 2019, a cluster of pneumonia cases were found. Scientists believe thatIt was caused by a previously unknown virus- Now named COVID-19.

Coronaviruses have the appearance of acrown. Crown in Latin is called "corona" and that's how these virusesgot their name. There are different types of coronaviruses that causerespiratory and sometimes gastrointestinal of symptoms.

It's known that coronaviruses circulate in a range of animals. But the animals which transmit COVID-19 are not known yet. And the exact dynamics of how the virus istransmitted is yet to be determined.

Fromwhat is known so far, there can be a number of symptoms ranging from mild to severe. There can be fever and respiratory symptoms such as cough and shortness of breath. In more severe cases, there's been pneumonia, kidney failure anddeath. There is currently no specific medication for the virus and treatment issupportive care. There is currently no vaccine to protect against the virus.Treatment and vaccines are in development.

Nevertheless, we are committed to combatting the COVID-19 epidemic. It's certainly troubling that so many people and countries have been affected, so quickly. Now that the virus has a foothold in so many countries, the threat of a pandemic has become very real. But it would be the first pandemic in history that could be controlled. The bottom line is:we are not at the mercy of this virus.

The great advantage we have is that the decisions we all make-as governments, businesses, communities, families and individuals- can influence the trajectory of the epidemic. We need to remember that with decisive, early action, we can slow down the virus and prevent infections. Among those who are infected, most will recover.

It's also important to remember that looking only at the total number of reported cases and the total number ofcountries doesn't tell the full story. This is an uneven epidemic at the globallevel. Different countries are in different scenarios, requiring a tailored response. It's not about containment or mitigation. It's about both.

Allcountries must take a comprehensive blended strategy for controlling their epidemics and pushing this deadly virus back. Countries that continue finding and testing cases and tracing their contacts not only protect their own people,they can also affect what happens in other countries and globally. The WHO has consolidated its guidance for countries in four categories: those with no case;those with sporadic cases; those with clusters; and those with community transmission. For all countries, the aim is the same: stop transmission andprevent the spread of the virus.

For the first three categories, countriesmust focus on finding, testing, treating and isolating individual cases andfollowing their contacts. In areas with community spread, testing every suspected case and tracing their contacts become more challenging. Action mustbe taken to prevent transmission at the community level to reduce the epidemicto manageable clusters.

Today, the rapid advancement of information technology represented by the Internet has brought about new ways of social production, created new space for people's life, opened new horizons of state governance and enhanced people's ability to understand and shape the world.

China is vigorously implementing the national strategies for cyber development, IT application and big data and the "Internet Plus" action plan. It encourages the development of e-commerce, promotes integration of the digital and real economies and works to optimize the allocation of resources and boost total factor productivity, which will drive innovation, transform growth model and adjust economic structure.

China values fairness, openness and competition in the market. While pursuing its own development, China advocates cooperation and shared benefits and commits to promoting investment, trade and a stronger digital economy globally. It supports fair and open international trade, opposes trade barriers and trade protectionism and pursues an open and secure environment for the digital economy, to ensure the Internet serves the economy and innovation. It calls for fair, reasonable and universal access to the Internet, popularization of Internet technology and diversity of Internet language, and seeks enhanced cooperation and exchange with other countries and regions on cyber security and information technology, for the advancement and innovation of Internet technology, equal sharing of digital dividends and sustainable development of the cyberspace.